Which security level you need: terminology There are a few ‘terminology’ issues to consider when working with detention equipment. These three issues can confuse the end user, specifier and architect and impact on the suitability of the security system being designed.

The third issue is that the meaning of the terms has different implications when talking about people (inmate population classifications) compared to talking about a locking system and how it functions.

To understand the terms listed in our Southern Folger and Folger Adam catalogues, it’s important to understand how we use the terms ‘maximum’, ‘medium’ and ‘minimum’ security. The terms have to describe several considerations:

Based on these considerations, the following classifications were created:

We have been supplying the Australian construction industry since 1975. If you need architectural hardware, automatic doors, commercial washroom equipment, locksmith services or a security solution, we can help. Our branches are located in most capital cities and we hold a comprehensive range of stock so we can supply what you want, when you need it. 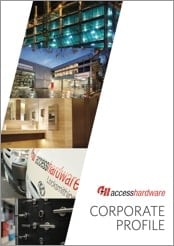